Google is a monopoly. But not for the reasons the DOJ claims.

On October 20, the DOJ, along with eleven state attorneys general (not including Wisconsin), filed a suit claiming Google is a monopoly. According to the DOJ’s announcement, “Google has unlawfully maintained monopolies in search and search advertising, forces people to use its services, and Google’s conduct has harmed consumers by reducing the quality of search (including on dimensions such as privacy, data protection, and use of consumer data), lessening choice in search, and impeding innovation.”

Will the DOJ prevail?
The DOJ is confident in its position, citing its historic antitrust actions against AT&T in 1974 and Microsoft in 1998. However, like many other recent attempts our government has made to regulate the internet and technology, I believe our officials are missing the mark. This is not a surprise. Think about the questions our lawmakers asked Mark Zuckerberg (Facebook), Sundar Pichai (Google), and Twitter CEO Jack Dorsey when they testified on Capitol Hill a few months back. Far from informed, their questions clearly demonstrated how little they knew about the internet, social media, or search engines. The DOJ is a different group of people from our Senators and Representatives, but the lack of understanding still applies.

The premise of the DOJ’s action is that Google is reducing the quality of search, limiting choice, and impeding innovation. Let’s look at this.

Has Google reduced the quality of search? I don’t think so. Last year, Google updated its algorithms over 3,200 times. One of these changes, BERT, is an expansion on Google’s natural language processing framework. BERT helps Google use natural language content cues to fully understand search queries by knowing which word matters most in a query and how words impact each other. For example, the word “not.” In the past, a search query might have ignored this word and returned an incorrect search result. With BERT, search results are far more accurate. According to Google, BERT powers almost every single English-based query and BERT works in over 70 languages. That’s an improvement, not a reduction in quality. In 2021, Google will roll out the page experience signals update, which uses performance metrics for websites as a ranking factor. Provide your customers with a fast, mobile-friendly, stable, technically sound website and you’ll rank higher. That’s good for consumers. In fact, many of Google’s updates over the last several years have helped marketers provide a more customer-centric approach to their websites, rather than allowing them to game the system with keyword stuffing and bad user experiences.

Does Google limit choice? The DOJ alleges that Google forces people to use its services. Google contends that consumers can switch browsers or change apps with a simple mouse click. The company also states that, “The bigger point is that people don’t use Google because they have to, they use it because they choose to.” This goes back to the point I just made above. Google delivers a high quality search result. People use it because it works. Yes, Google is the default in many instances. But the truth is most people use it because they are looking for something and Google helps them find it.

Does Google suppress competition in advertising? The DOJ contents, “By suppressing competition in advertising, Google has the power to charge advertisers more than it could in a competitive market and to reduce the quality of the services it provides them.” I can certainly see the DOJ’s argument here, but this statement mixes apples and oranges. Google does rule the search advertising (PPC) world, mostly just because they are used for more than 90% of searches. If you’re going to do search advertising, of course you want to be where the searchers are! Thanks to Google’s massive user base, advertising with Google provides a better quality result than other search platforms. Advertisers can target Google’s user base precisely and deliver measurable ROI. Cost is a different issue. At Trivera, we have noticed the cost of PPC has gone up, especially in the last few months with the COVID-related shift to digital marketing channels. This is a simple application of supply and demand. If Google controls the supply and demand goes up, the cost will go up too. In fact, your bid is one of the ways Google determines which ads to show. Advertisers who are willing to pay more per click are more likely to have their ads shown, provided they meet Google’s other criteria. That’s Pay Per Click 101.

Does this mean Google is not a monopoly?
Not at all. Of course Google monopolizes search and advertising. (I mean, DUH!) The challenge is that the DOJ is basing their proof on an outdated business model, and measures the impact of Google’s harm to consumers using outdated thinking. The way Google harms consumers is much more subtle and harder to understand if you don’t live in the world of digital marketing. It’s not about forcing people to use Google; it’s easy to switch. It’s not about lack of innovation. It’s about a fantastic user experience that consumers love, so people don’t notice (or care) that it impedes competition. Here’s an example:

Google has quietly taken over the travel industry. Say you’re planning a trip. You search for a hotel and are provided with a list of options and pricing right on the Search Engine Results Page (SERP). You can click on one of these results, learn about the hotel, and book it without ever leaving the search engine. Google handled the entire transaction for you. Flights and restaurant reservations are similar. It’s quick and easy for the consumer, but Google controls the entire experience and completely boxes out competitors like Yelp or Tripadvisor because Google not only controls the search, it controls the result and owns the transaction. It’s a monopoly, but it’s also really innovative, and good service. Not at all what the DOJ describes. They’re hanging their hat on the wrong hook.

So what’s the problem with Google owning the world?
Google provides a fantastic user experience because they know literally everything about you. Thanks to our prolific use of cell phones, Google is able to combine Google search data with Google analytics data, YouTube data, and Google maps data to know where you are and what you’re doing pretty much every second of every day. The DOJ lumps invasion of privacy and data collection into its statement on reducing the quality of search but the truth is that this data is what makes Google’s search engine so effective. It’s not an issue of quality, it’s an issue of the massive amount of data Google has access to and what they do with it.

Will Google prevail?
I’m not a lawyer, so I clearly am not qualified to answer this question. In my opinion, Google most certainly is a monopoly, but the challenge is that the people at the DOJ are lawyers who don’t totally understand Google’s business. It’s entirely possible Google will be able to successfully defend itself by educating the courts on how its business works. On the other hand, judges aren’t SEO experts either so it is also possible that the DOJ’s argument will make more sense to them than Google’s defense. Either way, most legal experts feel this case is likely to drag on for years so only time will tell.

B2B Marketing Trends to Keep Your Eye On 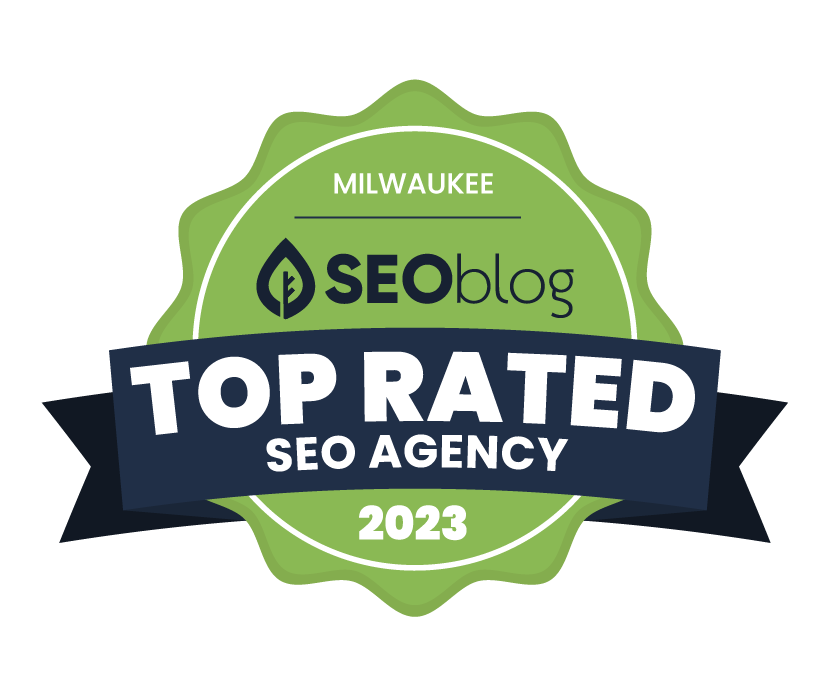